WINTER IS ALMOST OVER AS WE SPRING INTO DISASTER! 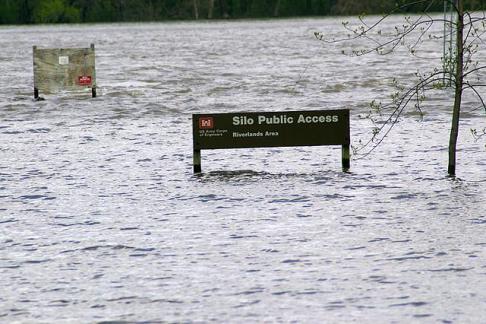 As we enter into the middle of March, ole man winter is heading back home, and the thought of spring just around the corner so is the potential for disaster. This year snow fall amounts in many areas reached all-time records or just missed them by inches. For example in the northeastern region of the United States some areas have received nearly 8.5 feet of snow this winter. While in the Ohio Valley region snow fall amounts were recorded being over 7 feet. Looking at the United States as a whole, the average snow fall is between 6 to 8 feet. Although that is a considerable amount of snow that is not the entire problem, as the Great Lakes were about 90% frozen this year, Canada receive record amounts of snow fall as well, but all that snow will eventually melt causing other problematic issues – flooding.

As everyone is ready for warmer weather, most are not ready for a rapid spring thaw which is predicted to happen. A rapid thaw will take thousands of miles of record snow fall and turn it into another disaster. Currently, the Ohio River is rising at alarming rates as it begins to receive the melting snow and ice from the 7 states that make up the Ohio Valley. However, the river receives water from other large tributaries, streams, and waterways and will continue to rise. The dams along the Ohio River to help reduce the chances of flooding will quickly become overwhelmed and the water released. So what could this mean for others?

The Mississippi River the largest drainage system in North America spanning nearly 2,320 miles carries water from over 31 States and 2 Canadian provinces, between the Rocky and Appalachian Mountains. The Mississippi River carries water from the St. Croix, Wisconsin, Rock, Illinois, Kaskaskia Ohio, Minnesota, Des Moines, Missouri, White, Red, and Arkansas Rivers to the Gulf of Mexico at an average of 600,000 cubic feet per second. In 1927, the Mississippi River unable to carry the massive amount of water these tributaries provided spilled over causing on of the worst flood disasters on record. However, in 2011 once again the Mississippi River was unable to control the overwhelming amount of melting snow and ice as flood waters impacted several cities along its lengthy path. It would appear this could happen again in 2015 as this record snow falls and ice areas begin to melt.

What does all this mean? Now is the time to prepare for emergencies and disasters. The warning signs are all around each of us, but for some reason we always say “it won't happen to me” that is until it has happened. The news and weather agencies have reported incredible snow fall records for the last few months as one after another winter storms impact the United States. Preparing for these emergencies and disasters is the key to surviving them. Did you know that for every $1.00 you put into preparing for a disaster saves your family nearly $7.00 in recovery efforts. So why not prepare now. Waiting until the emergency or disaster is upon you only causes both emotional and physical stresses. Develop an emergency response and recovery family plan today, prepare for disasters because it is not ‘if’ you will be effected by a disaster, but rather ‘when’?